Şahin Uçar is a philosopher of history, poet, musician and calligrapher, born in Sivas, Turkey.

He studied history at the University of Istanbul. Then became a scholar, giving lectures on history and philosophy of history in various universities both in Turkey and abroad. He has books, essays, many lectures and conferences on philosophy of history which deals with practically everything because, according to him, history makes sense only “in toto”, it is about the whole events of past times.

When he was a young student he worked on traditional Ottoman arts of calligraphy, classical Ottoman music and ornamental designs with grand masters such as Süheyl Ünver, Kemal Batanay, Hamid Aytaç, Münir Nureddin Selçuk.

He wrote poems in both classical and modern fashion. He has a “Divan” in traditional Ottoman style called “Divan Poetry” in which poems are written in the old language and built with the traditional rhythm templates called “Aruz”. He is the only contemporary poet who has written this kind of poetry and has a complete Divan.

Şahin Uçar is a philosopher of history who has his own vision and tries to express his perspective and orientation for the whole history and humanity, as a result, his works also show multidisciplinary traits…

He is familiar with several dialects of Turkish language, knows English, Persian, Arabic and to some extent Russian and Latin.

This website showcases his poetry, calligraphy, music compositions, books, articles and is a virtual academia of sorts for those who are not lucky enough to have learned from him first hand. It is a permanent record of his life’s work, his wisdom for the present and the posterity… 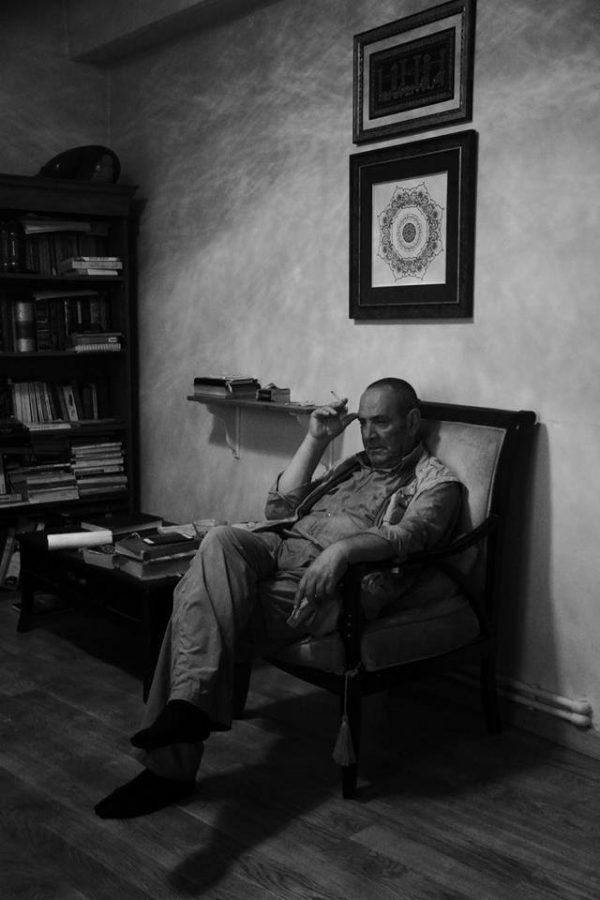 Writers Union of Turkey
Author of the Year - 1992

Writers Union of Turkey
Author of the Year - 1995